Authors, how well do you know your characters?

I read a book yesterday. It was an erotic romance by a man. I found it extremely active. Great action not much telling. I had two problems with the story: one was that the heroine was a virgin (My eyes are rolling. No, really!) ...not that it isn't possible. But! She was extremely innocent and inexperienced until she took one look at the bad boy hero...and then while fearing for her life...got hot. Then even her internal language changed, and her knowledgeable experience skyrocketed, but we never find out where she acquired the knowledge. She became more and more aware of her own needs and became very imaginative. (You go girl! High Five.)

So my issues with reading books about virgins, in general, is it's important to establish whether the character is just physically a virgin or that he/she has lived a very innocent sheltered life. You can have both, but it's also important to manufacture a character who actually sticks to the characterization. More than anything this is a rant about characterization. The author almost had it right, just not quite.

You can't build a boat out of mesh and expect it to float. So although I enjoyed the way the writer expressed the story, I had a few problems with the plot, the characterization, and the way the exchanges between characters took place throughout the story. Too many plot holes and lack of information. Too little detail, that had it been added, could have clarified a lot.

Because it was also told in present tense, first person point of view, each character had their own chapter, and it was all well done. But in first-person point of view, the reader should have a lot of insight into the characters; what they think, what past experiences affected them, who they are...deep inside. We can get into that deep point of view. So it would be easier for us to get to know them in that point of view. The author missed a great opportunity.

Because what we get to know about them internally and how they portray themselves externally becomes inconsistent. Out of character behavior, dialogue, reactions.

Sometimes people do that. It's possible. But when actions define characters and those actions are inconsistent as well we need to know why.

Now I'm going to say something which may not be politically correct. The female character was the culprit. She was the one who was defined by her virginity but didn't have much of a character outside of that. Whimpy woman syndrome. Is this the way men think of women who haven't had sex? Sex defines women and sets them free? A good man can solve all her maturing problems.

Men, if you're going to write about us...get to know us. Truly.

So I'm not knocking male writers who write romance. I think all authors need to get in the characters' points of view (male and female and other more deeply. (These are people, writers. Not cardboard cutouts with names and genitalia.)  And then stay physically, emotionally, and mentally consistent with that character as they change and grow.

In other words, if the character is a virgin, she would think about why she was a virgin and whether or not she wants to stay a virgin when she gives it up to a stranger. He (the author) didn't get into that, or what past experiences she'd had either (reading about sex or listening to others). And what kind of friends she had. What was she really like? Why didn't she say things either in her head or verbally that indicated what knowledge she had about sex? TV and social media; books and magazines are possible information centers. Out of curiosity, it should be mentioned. Don't leave important characterization details out. I can imagine a character's hair color, but I want the author to clearly show me why a character is behaving in a certain way.
Posted by Eliza March at 10:15 AM 1 comment:

Self-Publishing or a Small Press?

Here's the blog I wrote for my web page
I’ve done both with a number of books, and though I thought I preferred the independence of self-publishing, and still do at times, I am leaning toward mixing it up again. I like the support of a small press and the comradery of having other authors in the stable who are willing to cross promote and bolst 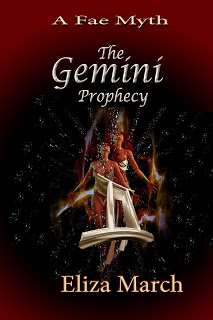 er me up when I need advice. writing is a solitary undertaking, but promoting and dealing with the business of writing doesn’t have to be.
A publisher with a good track record, who is a good fit for you, can be your best asset. My needs were much different years ago when I started than they are now. Yet both publishers I began with each serves a different purpose for my writing needs now, and both are not only still in business, but successful and well thought of in the industry. That’s saying something in these times. I also recently published with a third small press and am excited to announce I’m thoroughly pleased with the team I worked with. Being part of another supportive group, specializing in the genre I write, has been a pleasure.
The trick is finding the right fit. I like a quick turn around on correspondence and edits. I like easy access to the team I work with. I like flexibility and custom service. If I need more than two rounds of edits…let’s do it! I want input on my cover and the marketing plan. I want to be able to participate. Some companies don’t work that way. Some authors don’t have any interest in working that way.  It’s all about finding what works for you and your career.
My self-publishing experience has afforded me the flexibility to adjust with the market. In an industry of change and shifting markets, we need to adjust quickly and research to be prepared for the next wave.  I like testing the market to see what works. In the process, I’ve found thinking ahead of the curve is a crap-shoot. As fast as we adjust things shift. So writing to please yourself is the best answer because…you can’t please everyone.
The downside to self-publishing is the number of hats I have to wear unless I want to hire someone to do them. Then there’s the cost. Once again, the loss of a certain amount of control. Waiting for someone else to do the work. Hoping they have the same vision…

And finally, the time-consuming time away from writing.
I’m considering a co-op of stable writers who want to form a group. Not only can we write together, we can write apart and still be there for each other. It’s been done before and may be my answer.
When I can’t depend on SMASHWORDS’ meatgrinder to accept my old formats…I need another set of eyes and a ton of suggestions. Thank goodness for GOOGLE search.
My books at iBOOKS
My books at SMASHWORDS
My books at AMAZON
Posted by Eliza March at 9:53 AM No comments: 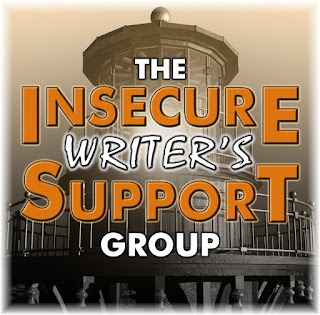 Optional June 7th Question: Did you ever say “I quit”? If so, what happened to make you come back to writing?
No, I never said, "I quit". Have I wanted to quit the endless promotions? The manuscript that just won't format? The scattered plot? The uncooperative characters? YES. But I can't. The stories keep calling me. Writing is where I go to escape Facebook and Twitter. Where I go when the world we live in is beyond dealing with. I struggle to twist the one I can control to my whim. It's security and what I love. It's a place where I can be myself.