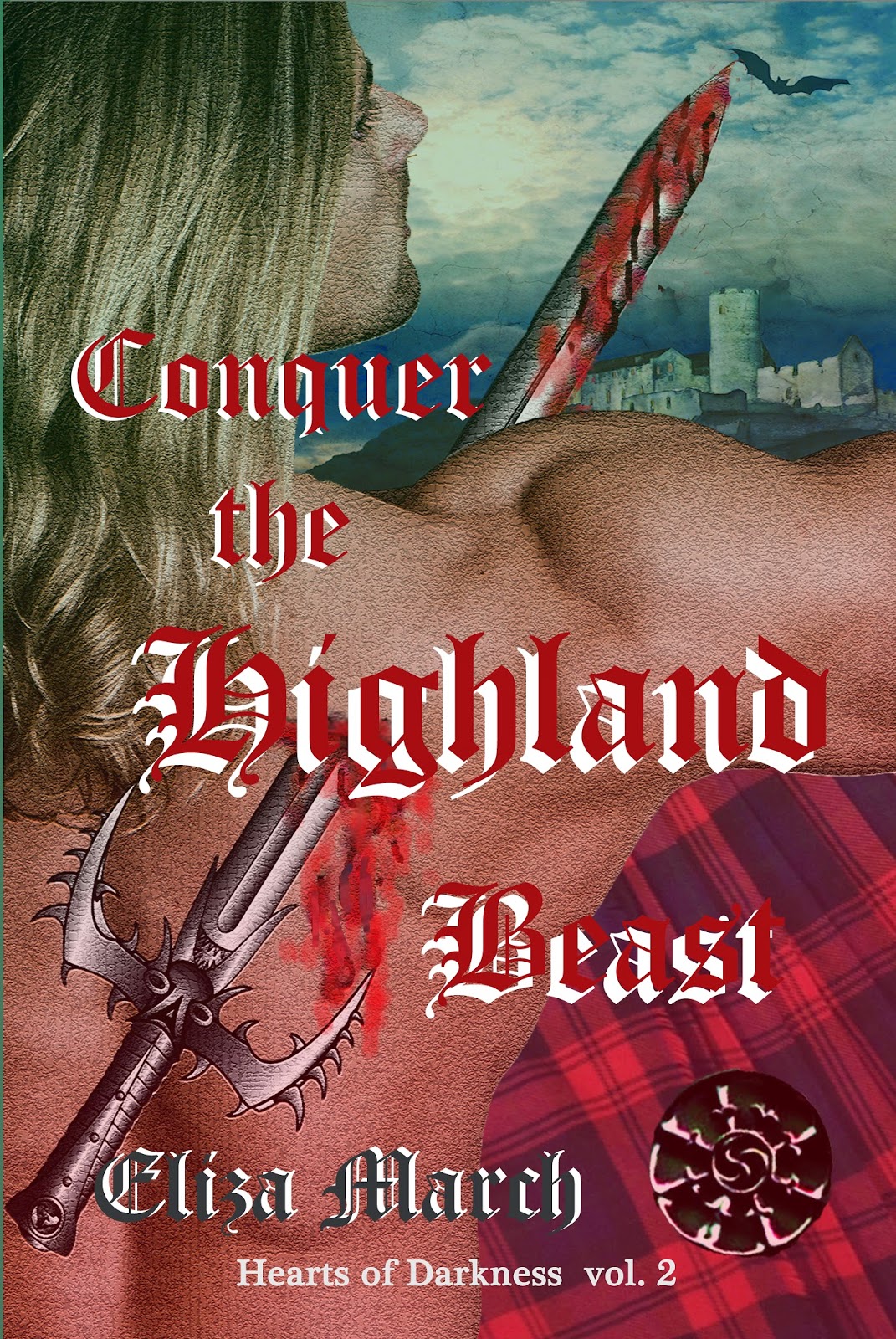 While I write a book, I like to have an idea visually of the cover and what applies. These are two mock ups of book covers I did for my latest book when I thought I would self-publish it. I still may if the publisher doesn't offer a contract for it. But these need plenty of work.

The final decision to submit WereCat Fever to my publisher came because this book fit in more with my Enchanted Mountain paranormal/fantasy series. It is paranormal, it is a menage (although these two men are real brothers so they don't become involved with each other), it takes place near Arctic, CO the home of Enchanted Mountain and Fantasy Lodge from the two previous books in the series: The Lion, The Leopard, and The Wolf and The Moon, The Madness, and The Magic, and there is a happily ever after between the three main characters. At the end of the book...oops I guess I shouldn't print any spoilers, but you'll discover there's more going on around Wilding's Plain, CO than we first believed.

I actually purchased these photos for my books from Bigstock but did the mock ups with the wrong download. Ugh! It's why I should leave covers to the cover artists. 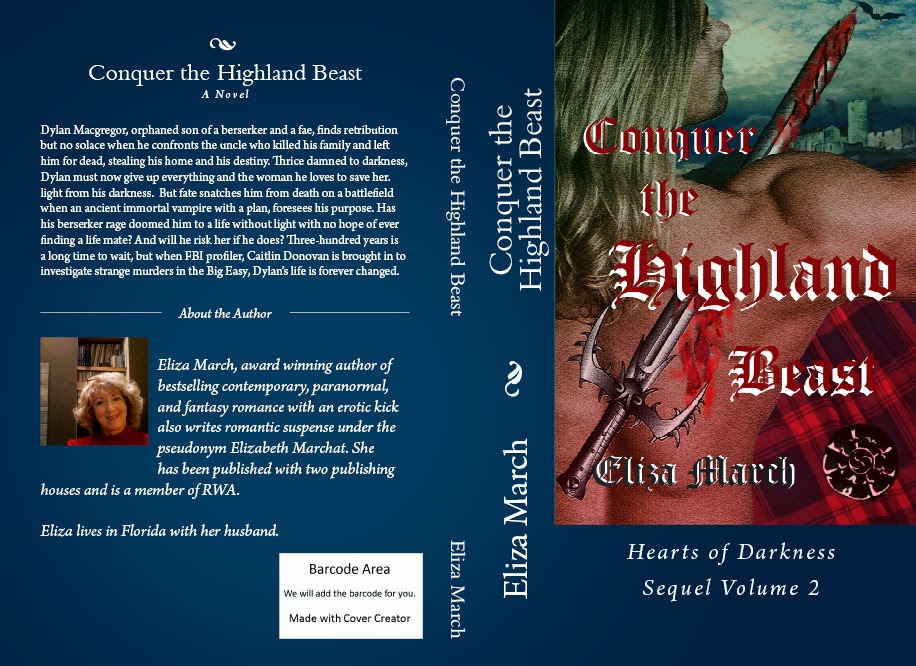 Covers serve a bigger purpose than most readers are aware of. Look at the web pages filled with covers. What do you pick out first? What jumps out at you? (My honest answer is - I enlarge the ones that I can't make heads or tails of, saying "What the hell is that?" LOL When I first realized I needed glasses I did that a lot. Now when I start doing that again I know it's time for an eye exam.) I'm also drawn to anything with contrasting colors. My pet peeve is not being able to make out the title or author name.

So I'm on the hunt for another three covers for the Hearts in Darkness series, because I am going to self-publish them. I have a basic concept but it's not set in stone yet! All that being said, and not to demean the importance of a cover, I usually check out the best sellers for an answer. BLEEEEEP! No correlation between good covers and best sellers. There might be something to be said for the concept of having a title and author name that's easy to read on a cell phone screen, though. There might be something to be said for having a well-known name, a well-known publisher, good distribution, and good editing. And there's always something to be said for a great story. Promotion, exposure, social networking can't hurt your sales, but out of all these options, I believe good writing makes great sales.

I'm holding off posting the next chapter of Defeat the Darkness until I see what Blogger plans to do with these adult blogs. I'm a little annoyed about being threatened with a take down. I'm thinking of moving my content to my web page and keeping this page as a writing blog. What do you think of the erosion of rights?

Posted by Eliza March at 5:42 PM No comments:

We are getting close to the climax in more ways than one. Enjoy the next unedited scene. ~~~Eliza

Chapters posted prior to March are at  the DEFEAT THE DARKNESS page. Start there to read the book from the beginning.

Exhausted after his second orgasm, Max kissed Shelby’s neck, slid out of her, and rolled to his side, studying her.
Normally she felt self-conscious when anyone stared so intently at her, but she was high on the energy from the sex.
“Those wings are awesome.” He ran the tips of his fingers over an edge. They vibrated and she shivered. “Feel good?” he asked.
Shelby nodded. All sorts of heated desire sizzled straight to her core. She trembled with the arousal, turned and stared back at him. “Wow, your orgasm filled me with so much vitality I almost feel sated.”
“Almost?” He groaned and flopped on the pillow. “What’s it gonna take to fill you to the brim?”
Kyle. She blinked, glanced away, and pushed the thought away. It wasn’t going to happen. He’d locked himself in a vault to keep away from her until they both figured out how to control their urges.
Max turned her face back to examine her expression and sighed with a sad smile. “Never mind.” He frowned. “I know.” He scooped her into his arms and squeezed her. “It’s all right to need Kyle, too. You don’t have to protect me from your feelings, Shelby. I love you, babe. This is who you are now and I’m fine with it.”
“I don’t want you to think I’m insulting to your virility when I say there’s still room for more, especially after gobbling up the energy from your last scrumptious orgasm and mine.”
“My male ego is just fine. If you need more sustenance, sprinkle a little of that special dust and I’m here for you.”
“The experience tasted mouthwatering—like a ten-course meal. And that doesn’t even take into account the way you make my body feel.” She lightly kissed his lips, releasing a slow moan as she ran her tongue over his full bottom lip, and nibbled.
When she ran a fingertip across his tan male nipple and watched it tighten, he covered her hand with his, patted it, and sat up to look down at her. Dylan had explained her need for Kyle, and possibly others to them. She was still trying to come to terms with separating her physical needs from her emotional ones.
“Our personal commitment to each other makes what we have unique to us,” she said.
“But you and I have a relationship with Kyle that I can’t ignore." Max lifted her chin. "That isn’t going to change, ever.”
“I guess you’re right. I just haven’t accepted all this yet.”
“That’s okay. Who could? Now, are you still hungry or are you going to put these wings away for a while?”
“I could go for dessert…” She gave him what she thought was her most seductive look and did her best to overpower him. Max didn’t actually fight back when she dropped the sheet and climbed on top of him. He laid himself back against the sheets as she straddled him.
Her wings sent a fine mist of shimmering dust into the air as she bent over and kissed him—this time slowly and more thoroughly.
“God, I love the way you make me feel,” he murmured against her lips before he opened again. Their hot tongues twisted in sensual battle, fighting for dominance within the desperate kiss.
He pulled his head away and asked, “You want control for dessert?”


He sniffed, found the earlier shower had been sufficient, and put on the shirt he hadn’t had on for more than a half hour at a time since he arrived this morning. Max used the hall bathroom to wash off any remaining faery dust, figuring Victor would have to live with any lingering after effects.


...All rights reserved. No part of this may be copied or reproduced without the written permission of the author. Copyright 2012, Eliza March
Posted by Eliza March at 10:26 PM No comments: 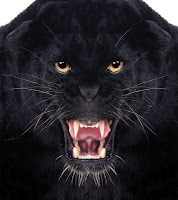 Defeat The Darkness . . . continued
Chapters posted in March through May are here on the weekly blog list. Chapters posted prior to March are at  the DEFEAT THE DARKNESS page. Start there to read the book from the beginning.

...All rights reserved. No part of this may be copied or reproduced without the written permission of the author. Copyright 2012, Eliza March
Posted by Eliza March at 9:26 PM No comments:

I've been on vacation with my grandchildren this week. There's nothing like Disney World to spark the imagination! So although I didn't post the next installment of Defeat the Darkness [You have time to catch up ;-) now] I did do some research. Heroes and villains--Disney's full of them. Romance is an important element too. We started young. Think about Lady and the Tramp, Beauty and the Beast, Cinderella, The Little Mermaid...even Peter Pan had a crush on Wendy. That was a little love triangle considering Tinkerbell liked Peter. Are we teaching our children about the pros and cons of romance?

I have some quick questions for you readers and writers. What kind of powers do you like to see in your paranormal characters? I like a meeting of the minds--the ability to read each others thoughts. That close bond between my hero and heroine always intrigues me. When I'm doing plot twists I feel like I have to make the ability believable. In my recent series Hearts of Darkness the characters can only be turned if they are descendants of paranormal ancestors. It doesn't matter how many generations back.

What sort of beings have you read about recently? Any unusual beings? Any unusual powers? I like to weave the powers into the plot. Such as what's just happened with Shelby in Defeat the Darkness. How do you think she's going to react to finding out she's a descendant of a sex fae? More over how is she going to react to discovering this whole world of paranormal beings have existed with humans all along?

How would you react in the same circumstances? Me? I think I'd be looking more closely at all those conspiracy theorists. LOL

Have a good week. Please come backThe next chapter of Defeat the Darkness will be posted next Sunday.
Posted by Eliza March at 9:41 AM No comments: